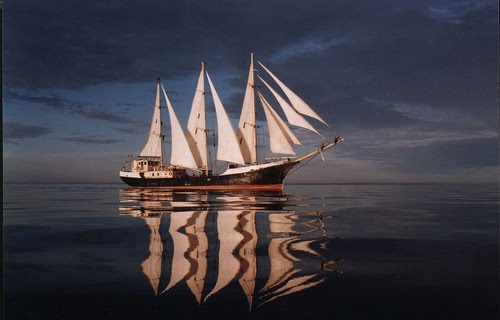 Today all around the world mining companies are in a blind rage to dig all world's natural resources. These companies are focused to get maximal profits out of their activities, what means that they don´t care about the social and ecological disasters that these mining operations bring along. In most of the cases mining companies are coming from the ´first world´ countries and so they try to exploit the ´third world´ countries as much as possible. It's always a lot easier to start digging in places where the environmental laws are not taken so much into account, where people live who don't have a voice in the decisions that are made and where violations against human rights are not such a big deal. Well…

Also in Finland we see the same thing happening. The decesionmakers are pro-nuclear energy, and that we can see quiet clearly. Four powerplants are nowadays active, one (olkiluoto 3) is under construction, while there are several plans to make more completely new nuclear powerplants. More globaly, this nuclear industry is trying to make a comeback as the solution of the world´s increasing demand for energy and the threat of the dramatic climate change. In our world of today we have around 430 operating reactors, while 52 are under construction. 135 are already planned (and will most probably be ready within 8 years) and 295 are proposed (which means they will be most probably ready within 15 years). (www.world-nuclear.org/ info/reactors.htm)

Nuclear powerplants don´t function without uranium and for that we need to dig it out of the earth. In that sense it would be quiet normal that if finnish people are using electricity that comes from nuclear energy, that they have to accept also uraniummines in their own backyard. It would be in a way a lot more ethical than wasting the land in other countries. Anyway, the whole nuclear industry is not fair or ethical in any sense. Decesions are made by a little amount of people and the rest has to follow or… inform themselves and raise their voice.

So, on the 26th of august a protestcamp was set up in Ranua, southern Lapland. with the aim of monitoring Areva´s activities and support the resistance against the uranium mining in Ranua, but as I already explained, also to protest against nuclear industry as a whole.
At this moment, the camp exists almost for two months. Bit by bit the camp got more and more attention. Local people are supporting the camp, bringing food and clothes, inviting us for sauna or a shower… Together with the local people of Ranua, we organised a documentary evening, an information moment on the market square and we try to inform as much people as possible. One of the big problems is that lots of people simply don’t know about the consequences of uraniummining or nuclear energy as a whole. So it’s a big challenge to inform the people. And important, to convince the people of the council who are going to vote on the 16th of november about willing a uraniummine or not. A no-vote from the council will be, at least, a little step in the good direction…